Boston, MA, October 29, 2015 – Spike Aerospace revealed today that their S-512 Quiet Supersonic Jet, at its cruising speed of Mach 1.6 (1100mph), will produce a nearly inaudible sonic boom – less than 70 PLdB (perceived loudness level). When the aircraft flies overhead, someone on the ground will hear only a very soft, muffled clap. 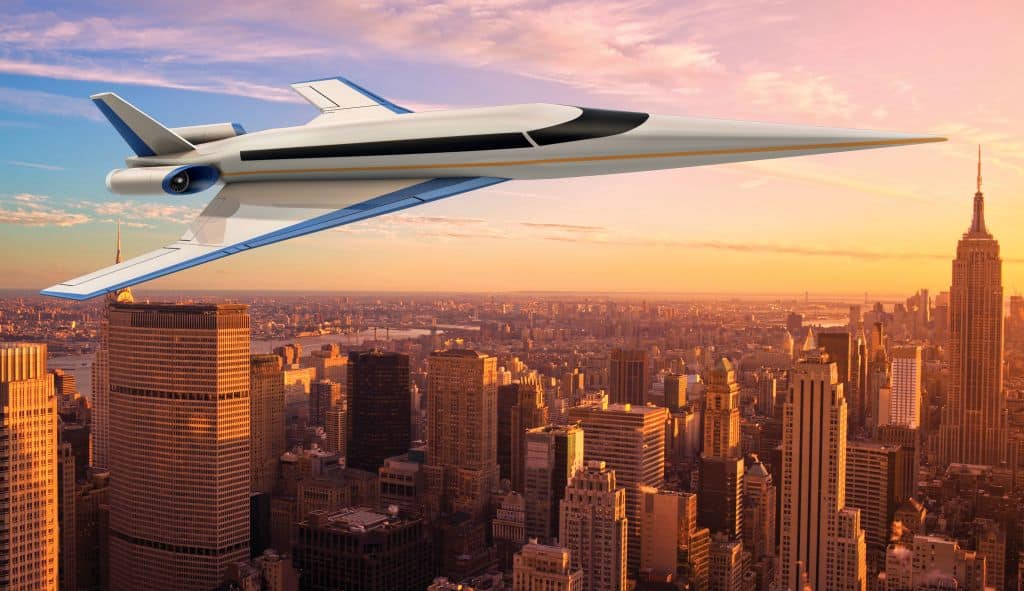 Vik Kachoria, President of Spike Aerospace, said that “Low sonic boom flights are critical for the revival of faster air travel. The Spike S-512 will be able to fly at supersonic speeds without slowing down to subsonic speeds over land.”

The S-512 will offer flights about twice as fast as are presently possible over Europe, the Middle East, and Asia. London to Dubai will take only three hours instead of six, and it will take just five hours to get from Dubai to Shanghai. Spike’s Senior Engineer and Certification Expert, Randall White, said “The US Congress will need to amend the prohibition of supersonic flight over the US before passengers can fly from NYC to LA in just three hours.”

Spike Aerospace believes that a low-sonic-boom supersonic aircraft is the only option for a global market. Who wants to spend $100m+ for a supersonic jet that can’t fly at supersonic speeds to most cities? The Spike S-512 Quiet Supersonic Jet does not have that limitation. It is designed for travelers that need to get to their destinations faster, whether over land or water.

Reducing the noise and discomfort on the ground created by supersonic flight has been a primary focus at Spike Aerospace, and this represents a significant development resulting from our ongoing engineering efforts.

Spike was able to design a low-sonic-boom aircraft by taking advantage of three factors: aircraft size, weight, and aerodynamic configuration. Because the Spike S-512 only carries 18 passengers, it is significantly shorter and lighter than the Concorde. But it was through significant engineering, design, and analysis efforts that the company was able to further reduce the S-512’s sonic boom signature without affecting other flight performance characteristics.

The Spike S-512’s modified delta wing design features a dramatically swept-inboard wing with a slender outboard section. Chief Engineer Dr. Anutosh Moitra says that “Together, they deliver high-efficiency aerodynamic performance in both low-speed and high-speed flight regimes. The sweep of the wing is a key factor in lowering the magnitude of shock waves and sonic booms”.

The S-512’s sonic boom signature on the ground is further reduced by careful optimization of the shape of the airplane. Extensive use of advanced Computational Fluid Dynamics (CFD) software was made to optimize the shape parameters of the wing and fuselage to minimize shock wave strength. Interactions between shock waves and flow expansion regions located on the surface of the airplane were analyzed, and design of the flow expansion regions was refined to mitigate the strength of the waves.

Dr. James Stagliano, Spike’s wave propagation expert, analyzed the overpressure of the sonic boom extending from the aircraft at 50,000 feet from the ground. Using proprietary software developed by Stagliano’s team, repeated analysis was conducted at various aircraft speeds, angles, and environmental conditions. The results were fed back to Spike’s engineering team for aerodynamics refinement until low-sonic-boom flight was achieved in multiple scenarios.

To understand how these factors interplay to create or reduce a sonic boom, imagine the wake a cargo ship traveling through a harbor would make. Since cargo ships are optimized for carrying large loads, not speed or performance, they tend to create significant wakes. A much smaller, lighter, and well-designed sailboat, by comparison, will slice through the water efficiently and with minimal wake.

Similarly, the Concorde was a 100 passenger plane weighing about 400,000 pounds and measuring over 200 feet long. It was a gorgeous plane that was definitely ahead of its time, but not a lot of design effort was put into minimizing its sonic boom. As a result of its size, weight, and design, it generated a sonic boom of over 105 PLdB, which rattled houses and sounded like a very loud double thunderclap directly overhead. That was the key factor limiting its flights primarily to the NYC to Paris / London route.

Sonic booms are caused in supersonic flight through compression of air by an airplane’s motion, producing strong pressure waves in the form of cones. When this pressure wave reaches the ground, it is perceived by the ear as a loud boom. If it is loud enough, a sonic boom can rattle or shatter windows and cause discomfort to humans under the path of a supersonic flight. This has led to strict regulations governing allowable levels of sonic boom – or supersonic flight itself – over land.

While it is not possible to completely eliminate sonic boom waves in supersonic flight, atmospheric refraction can prevent these waves from reaching the ground so long as the speed of the airplane is less than the speed of sound at ground level – this translates to a maximum flight Mach number of 1.2 at typical flight altitude. Although it would be possible to design a plane to fly at speeds below Mach 1.2 and cause no boom on the ground, current US FAA regulations prohibit all supersonic flight over land.

Moreover, customers of supersonic business jets do not see Mach 1.2 flight as a significant improvement over current commercial flight speeds.

Fortunately, the Spike S-512 will not be so severely restricted. This revolutionary aircraft will make every destination easier and faster to reach.

As with most technologies, costs will come down over time, and availability will be more widespread. Soon, the benefits of supersonic flight will be offered on larger airliners where they can be enjoyed by everyone. 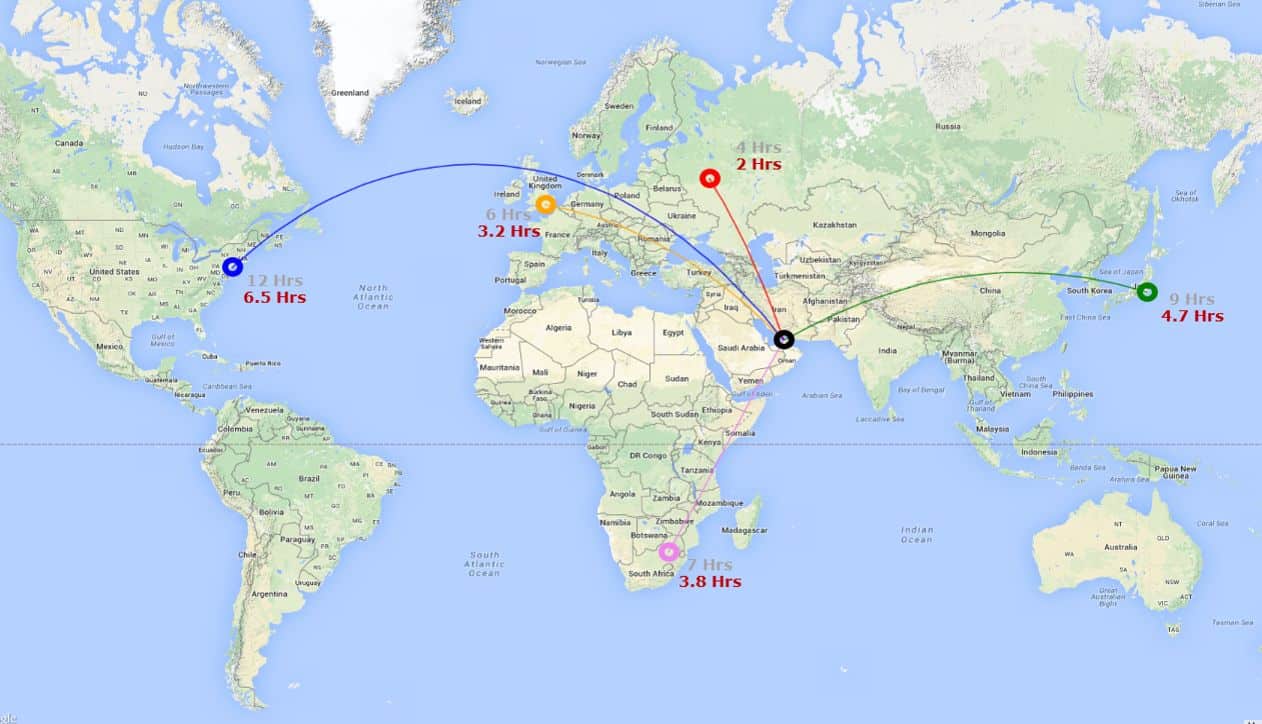 The Spike S-512 Quiet Supersonic Jet is a stunningly elegant, sleek, and innovative business jet that will sweep passengers to their destinations at supersonic speeds. Flying at Mach 1.6, 500 mph faster than any other civilian jet, the Spike S-512 will enable customers to do more and enjoy more of life. London will be just three hours away from NYC, making day trips for business possible. Or from Paris to Dubai for shopping and entertainment, and back home in time for dinner.

The Spike S-512’s interior features the luxurious and exclusive Multiplex Digital Cabin, where passengers can enjoy beautiful panoramic views outside the aircraft, their favorite movies, maps, images, or a digital presentation. With room for up to 18 passengers, customers can work or relax in comfort and style with amazing views of the world at their fingertips.

The Spike S-512 will be available for first deliveries in the early 2020s.

Spike Aerospace is a fast-growing aerospace engineering & design firm based in Boston, MA. The company is focused on developing the world’s first supersonic business jet, the Spike S-512.

The company has built a team of over 40 seasoned executives, engineers, and consultants with backgrounds at Boeing, NASA, Gulfstream, Airbus, Embraer, Lockheed Martin, and other well-respected aerospace companies.

In addition, the company has built and is leading a global network of partners in the design and development efforts of the Spike S-512.

This site uses Akismet to reduce spam. Learn how your comment data is processed.