Spike in the News

Spike Aerospace is honored to have been featured in thousands of news articles, radio segments and TV productions around the world. There is tremendous excitement, interest and demand for supersonic flight, and we are proud to be leading innovators of the next generation of civilian aircraft. For more media coverage of Spike Aerospace and our revolutionary S-512 Quiet Supersonic Jet, please read, watch and listen to the features below. 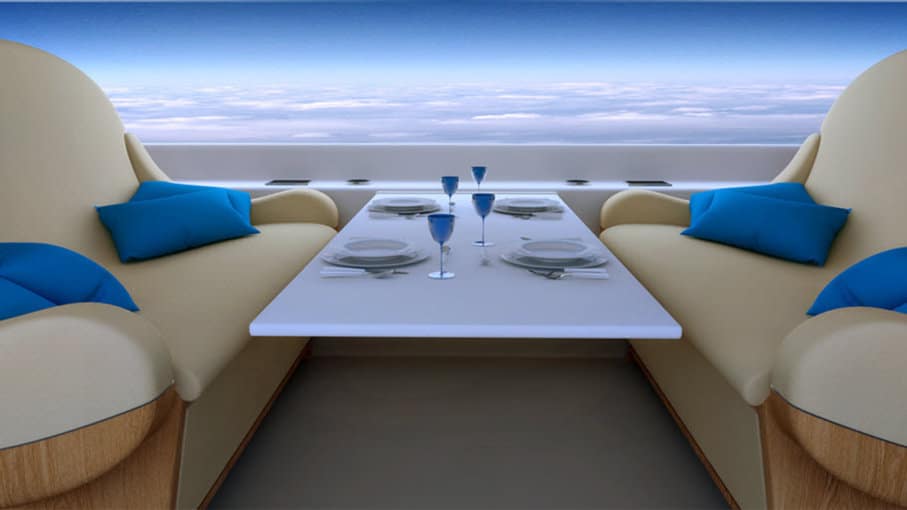 Windowless Airplanes: The Future or Flight?

The Spike S-512 supersonic jet, still in development, will offer incredible displays of the outside world with the option to watch a movie or work from your laptop — all on full-length high-definition displays. 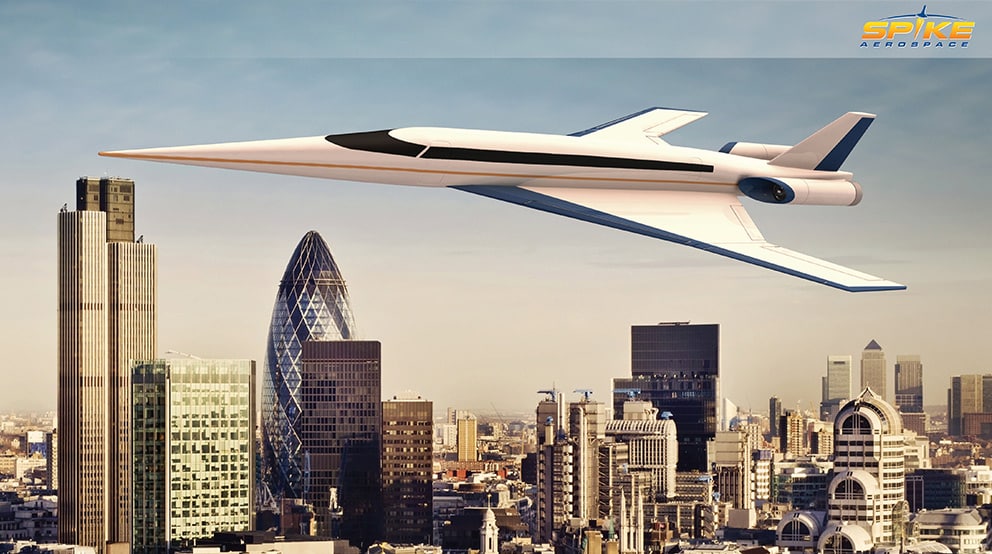 Radio Interview on LA AirTalk, NPR affiliate. We look at the future of quieter supersonic aircrafts and examine if there is a market for them.

Boston, A City in Ascent and an Aeronautics Innovation Hub

The flow of thinkers out of one of America’s smartest cities has made countless contributions to the airline industry, regarding everything from aircraft engineering to travel booking. 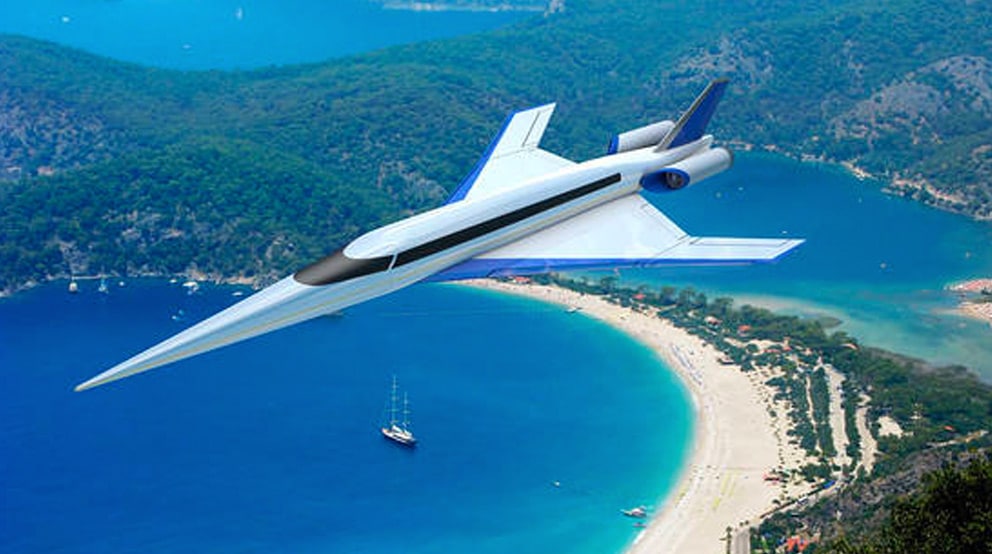 Is a Comeback of Supersonic Flights on the Horizon?

Today, flying from New York to London takes an average of 7.5 hours. But the trip could soon be shortened to approximately three, thanks to a promised resurgence of supersonic flights. 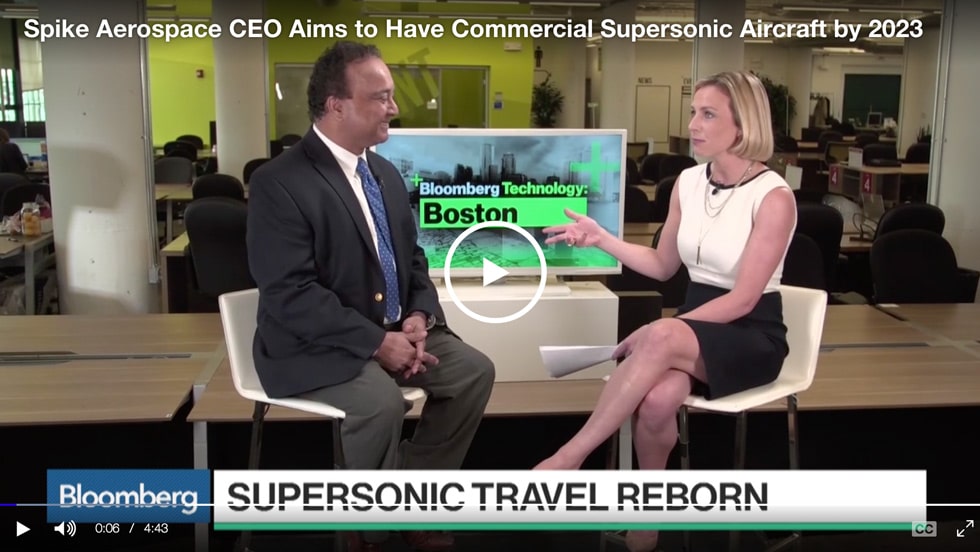 Spike Aerospace CEO Aims to Have Commercial Supersonic Aircraft by 2023

Supersonic business jet developer Spike Aerospace believes the market for supersonic travel could exceed 13 million passengers annually. “While supersonic aircraft might be ushered in by the wealthy, they will ultimately benefit anyone who wants and needs to get to their destinations faster,” said Spike president and CEO Vik Kachoria.

Spike based its projections on travel patterns of four billion passengers who flew globally in 2017, including a review of origin-destinations, distances traveled, types of passenger, cabin class, and airlines.

Since the Concorde was retired in 2003, supersonic flight has been absent from the aviation industry. Fifteen years later, three startups and a major defense contractor are plotting its return.

The Concorde made its first commercial flight in 1973, and for nearly 30 years, it allowed customers to cut overseas trips in half. A flight from New York to London would take about three hours and thirty minutes on the Concorde, compared to about seven hours on a standard, subsonic flight.

April 20, 2018
Flying is all about getting to your destination quickly and directly—yet since 2003, when the Concorde was retired, no civilian aircraft have been available that can fly at Mach 1 or faster. NASA aims to change that by designing and testing a new experimental aircraft that will break the sound barrier without creating the annoying and destructive sonic booms that are banned across much of the world. The agency has awarded a $247 million contract to the Lockheed Martin Aeronautics Company to build a new X-Plane—an experimental, one-of-a-kind, piloted jet—to test out cutting-edge technologies that aim to soften the impact of the booms. The end goal is to transfer the then-proven technology to commercial manufacturers, which can bring back commercial supersonic air travel. 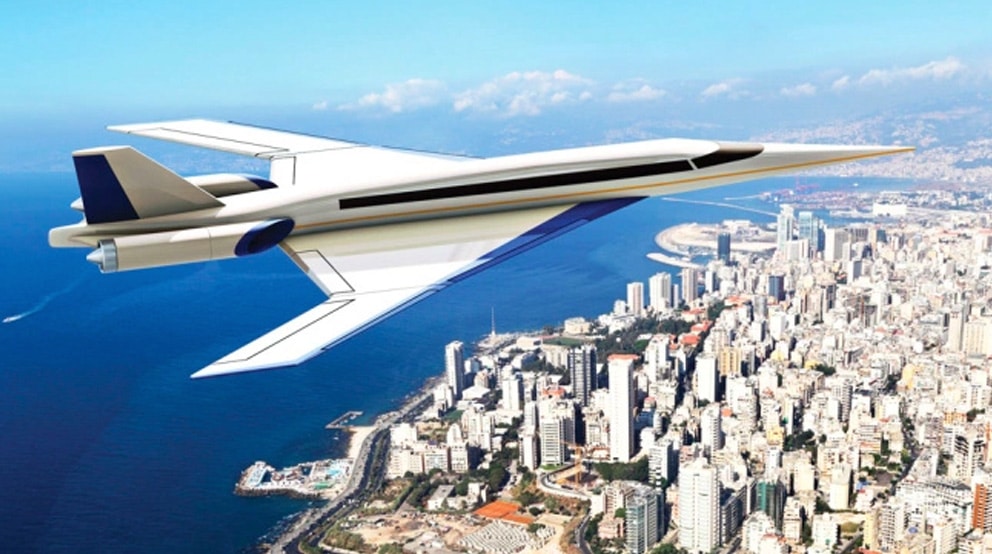 Why Am I Not Flying on a Supersonic Jet?

Sitting out a flight delay in a congested airport terminal can inspire some Walter Mitty-style dreaming about a better way to travel. It’s fair to wonder why we don’t fly any faster now than six decades ago, when the Boeing Co. 707 was the pinnacle of aviation technology. From 1976 to 2003, deep-pocketed passengers could fly the Atlantic at twice the speed of sound on a Concorde. But costs and noise complaints killed off that first supersonic jet. Now NASA, Lockheed Martin Corp., General Electric Co. and a number of startups see new designs and technology that could make supersonic flight a commercial reality. 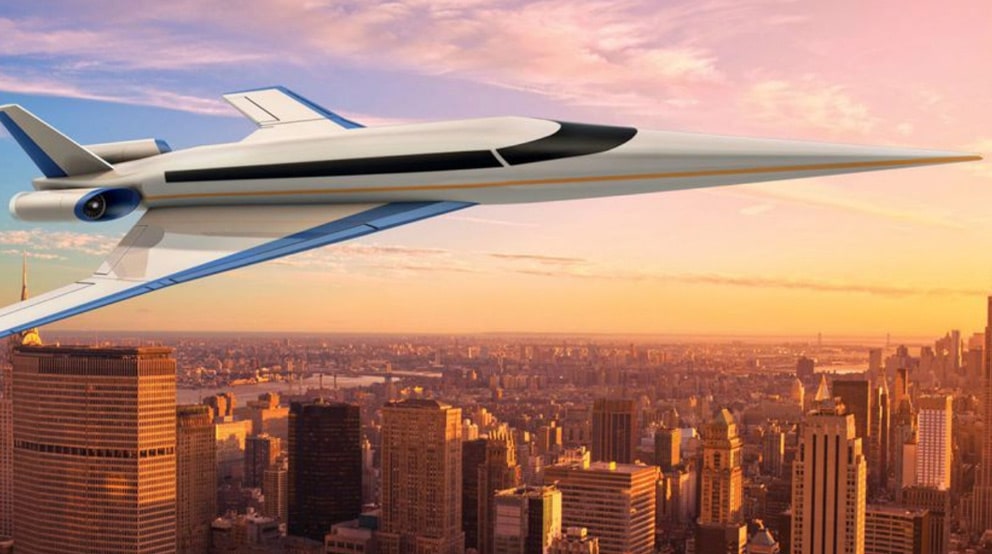 A Spike in Flight Innovation

The Spike Aerospace S-512 Supersonic Jet will be more than fast: Its projected cruising speed is Mach 1.6, or 1,100 mph, which, according to the company, is 450 mph faster than any other civilian aircraft. 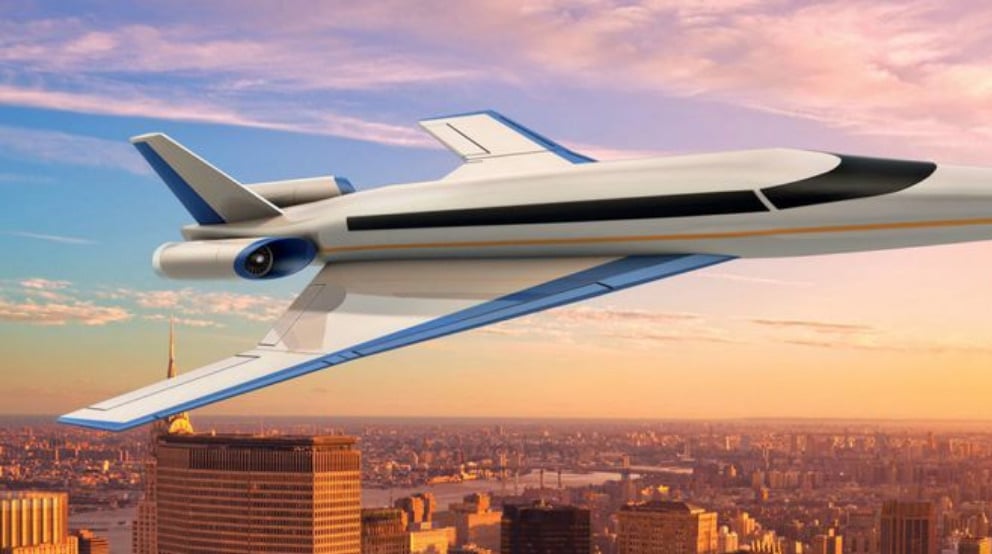 London-It is a plane that could fly from New York to London in just three hours – and finally end the argument over who gets the window seat.

Supersonic business jet start-up Spike Aerospace is poised to begin flight tests of an unmanned, scaled proof-of-concept demonstrator that will validate the low-speed aerodynamics of its in-development S-512 aircraft.

The Boston, Massachusetts-based company says SX-1.2 will focus on stability and control tests and will be followed by a series of progressively larger and faster demonstrators, leading ultimately, it says, to a supersonic version.

The supersonic hopeful is planning to fly progressively larger demonstrators as they develop a Mach 1.6 business jet. 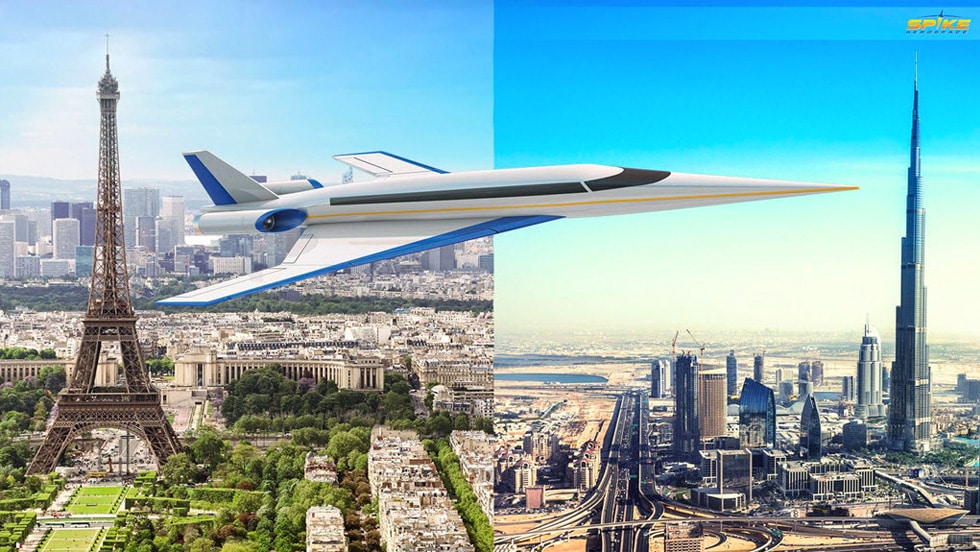 Supersonic business jet developer Spike Aerospace is poised to begin flight tests of a scaled, proof-of-concept demonstrator that will validate the low-speed aerodynamics of its intended Mach 1.6 S-512

Life after Concorde: Inside the race to reinstate supersonic flight

Since Concorde’s controversial retirement in 2003, no commercial airliner has broken the sound barrier. That could be about to change. Relentless technological advancement underpins every aspect of modern life, but you can make a pretty convincing argument that air travel has gone backwards.

Sure, it’s very nice to have in-flight wi-fi, smarter lighting and multi-purpose touchscreen displays, but when the fastest possible journey across the Atlantic takes twice as long as it did in 1977, that’s regression by any measure.

Spike Aerospace has expanded its effort to develop its Spike S-612 Supersonic Jet, an 18-passenger …

Aerospace in Washington has staggering numbers. The industry generated $94.7 billion in economic activity and supported nearly 253,000 jobs in 2015, according to a state-commissioned study released Thursday.

Spike Aerospace, in the early stages of designing an 18-passenger jet that would cruise at Mach 1.6, is considering a half-dozen locations, says Chief Executive Vik Kachoria.

A privately funded, Boston-based aerospace startup is considering Washington state as a location to manufacture a sleek supersonic commercial jet now in the early stages of development.

Spike Aerospace is designing an 18-passenger jet that would cruise at Mach 1.6(1,100 miles per hour) and could fly with a low sonic boom from New York to Los Angeles in three hours.

Spike has been working on preliminary designs for three years and now employs about 45 engineers, said Chief Executive Vik Kachoria in a phone interview.

New York to London in 3 hours? More start-ups are looking at supersonic travel.

A few years ago, entrepreneur Vik Kachoria was spending a lot of time up in the clouds flying from Boston to Europe to Asia. He had plenty of time to ponder this question: “Why aren’t we flying any faster?”

How will I be flying in the future?

Blue sky thinking. We have become used to the convenience of flying. Nearly 20 million passengers flew on domestic flights in the UK in 2015. But taking a flight has become so commonplace that we may have lost sight of how pioneering it once was.

When commercial flights began, they opened up new possibilities, revolutionising the way we do business and transporting us to new and exotic holiday destinations. Then the jet age offered glamour and excitement – both of which have worn off somewhat in today’s era of budget travel.

Lectro is one of many cool companies that have popped onto my radar screen in recent months. I wanted to share a sample with you, to offer a sense of just how diverse the thinking and activity is among Boston entrepreneurs in 2016.

Slightly speedier than Lectro’s bike is the S-512 supersonic business jet from Spike Aerospace . The Boston company wants to build a $100 million plane that will travel at about 1,100 miles per hour, without generating noisy sonic booms on the ground. Chief executive Vik Kachoria is equally quiet about how much the company has raised, though he does say they’ve hired 45 engineers.

The likes of Boeing and Airbus have said that supersonic travel is the next exciting opportunity in the aviation business. Times have changed – flight times, that is. “Look at the continued global growth in air travel and the increased distances that need to be covered,” says Peter Coen, the head of the High Speed Project at Nasa’s Aeronautics Research Mission Directorate. “In this culture, people see great attractiveness in getting to places faster, of saving time. The idea of spending essentially a day and a half to get from the US to Asia, for example, is not the way to go.” 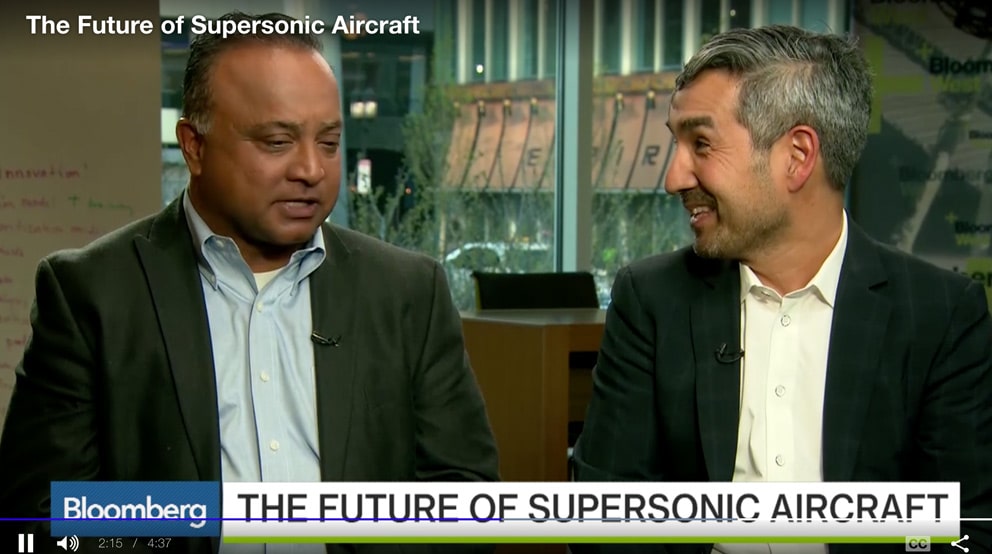 The Future of Supersonic Aircraft

Spike Aerospace is partnering with Spain’s Aernnova to help develop the S-512 supersonic business jet. The partnership, announced Jan. 20, will accelerate the engineering efforts of the S-512, the company said. Aernnova will collaborate with Spike, based in Boston, on the development and validation of major structural systems, including the fuselage, wing and vertical tail. The initial focus will be on stress analysis and performance optimization of structures.

BOSTON (CBS) – A Boston startup wants to move faster than the speed of sound. WBZ business reporter Jeff Brown says Spike Aerospace is on its way to building a supersonic business jet.

It started with an idea several thousand feet in the air.

Just how valuable is two hours and change to hurried corporate executives or the ultrarich? Aerospace executive Doug Nichols reckons the answer could be pushing $120 million.

The former Boeing Co. executive spent seven years developing a supersonic business jet that aims to fill the void created when the Concorde quit flying in 2003. He is targeting those who absolutely need to fly from London to New York in 4½ hours rather than seven.