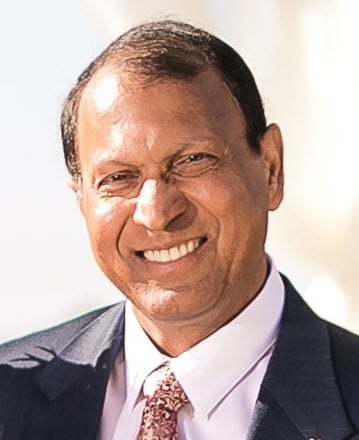 Shreekant Agrawal said “I love Spike’s vision for quiet (low-boom) supersonic flight and am very excited to advise on aerospace engineering and management issues to help bring supersonic flight to the market. They have a very compelling vision that is going to change civilian aviation.”

Dr. Shreekant Agrawal has over 35 years of aerospace industry experience including 29 years at the Boeing Company, where he had a variety of assignments in functional, program, and technology management. He received recognition as a technical fellow in 1996 from Boeing Research & Technology Flight Sciences organization where he managed and worked on supersonic low-boom research projects and strategic planning for technology development for future products.

In one of his many roles, Dr. Agrawal was a leader of Boeing’s High-Speed Aerodynamics Technology group and as IPT leader of the NASA/Industry High Speed Research program, he led the aerodynamics, flight controls, stability & control, laminar flow control, propulsion/airframe integration, and sonic boom research efforts. His contributions range from developing and applying advanced aerodynamics/computational analysis and design optimization methods for supersonic commercial transport and hypersonic vehicles.

Spike Aerospace has been developing the Spike S-512 Quiet Supersonic Jet that will seat 12-18 passengers and cruise at Mach 1.6, allowing for a 40% quicker trip over 6,200 NM — at very competitive direct operating costs.

“Having Dr. Shreekant Agrawal’s advice in low-boom supersonic aircraft design and aerospace engineering management is going to be invaluable as Spike accelerates its vision in 2019 to develop Quiet Supersonic Flight. We are looking to working with Dr. Agrawal.” added Vik Kachoria, President & CEO of Spike Aerospace.

Dr. Agrawal joined Northrop Grumman in June 2014 and currently serves as director of Flight Sciences within the Vehicle Engineering directorate of the Northrop Grumman Aerospace Systems, where he provides functional excellence in terms of people, processes, tools, and products.

He has also served as the chief operating officer and director of operations for a joint venture in the Boeing Defense Military Aircraft Division. He has 12 publications in the archival journals, over 50 papers in various conferences, and 1 patent on supersonic aircraft design.

A team of experienced senior engineers with backgrounds from leading aerospace companies are developing the high-level conceptual design of the supersonic aircraft. Top aerospace firms, like Siemens, Greenpoint/Zodiac, Maya, Quartus Engineering and others are providing their expertise in aircraft design, engineering, manufacturing and testing. Fly Supersonic. Do More. http://www.spikeaerospace.com/